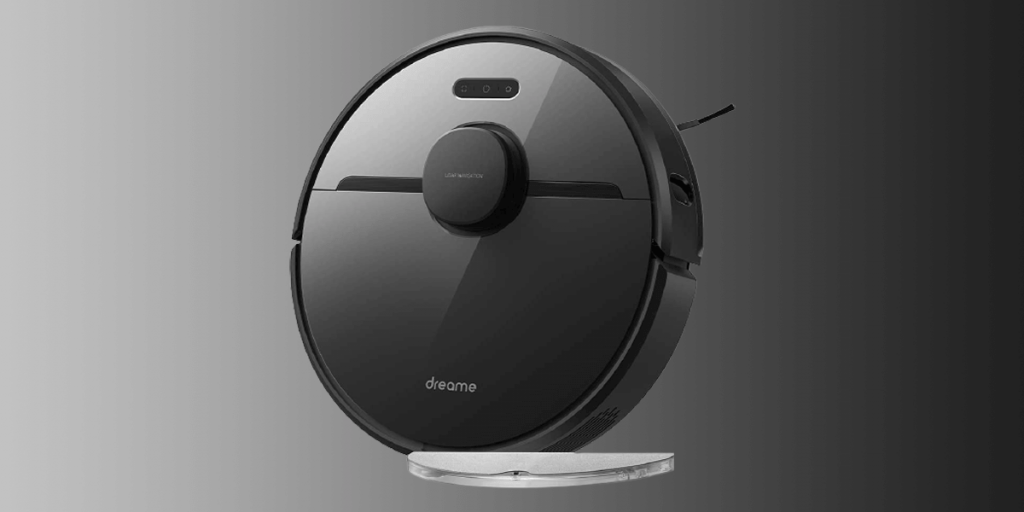 Spending a lot more time in your home if that’s making you antsy about keeping things clean a robot vacuum might be just the fix. I recently had the chance to test out the 2 in 1 Dreame D9 robot vacuum and mop cleaner by dreametech. I’m going to tell you all about my experience and what using this device is like and whether i think it’s a good buy an early heads up.

I hope everyone out there can watch enjoy and learn from Dreame D9 robot vacuum and mop is a combo unit it’ll vacuum your home. With the addition of a special mopping pad it will do a light wet mop interestingly. The water tank for the mop is part of the mopping pad itself an odd. but effective use of space Dreame says it has a 150 minute run time in total.

I’m happy to report that getting this bot set up was really easy with the my home app. it took just a few clicks to get the Dreame D9 robot vacuum connected to my wi-fi network and it was ready to clean my bot learned my home very quickly. as well from the moment i hit start i could see in the app the bot writing its map to my home using its sensors to create an overall map of my space. but there is a big problem with this which i’m going to explain in a second after. just one pass my bot had a viewable map that i could see inside the app and that is significantly faster than some other pricier bots. i’ll say after about three weeks of use about three times per week the map looked to me to be accurate and complete tried to go in and label the map so that i could direct the robot to clean certain rooms only the app would just tell me though use feature after map is completed and i was unable to get access to any room specific cleaning during my testing period for now. That means the map that was created will only show me where the bot has cleaned with some little squiggly lines and it lets me draw no go zones for the mop.

Dreame D9 has a carpet power boost mode When you activate it on the setting. The vacuum mop will automatically recognize the carpet and turn on maximum suction when it leaves the carpeted area. It’ll automatically resume normal suction. I definitely noticed this feature at work and it does make a definite discernible sound on the topic of noise and sound. I’m actually impressed by how quiet this robot is it does make noise yeah but it seems softer and you can actually adjust the power levels for a more thorough clean or to be quieter and thus use less suction by the way the bot here is in sweeping mode. Dreame D9 robot vacuum effectively cleans dog paws on the floor. The mop has a washable and reusable mopping pad that sticks to the mop’s water tank the whole unit slides onto the bottom of the robot. The pads on the bottom washable and reusable. Just toss them in the laundry or rinse them in the sides.

The mopping on this robot should come with a disclaimer. In my opinion it’s not a mop in the same way you do a full wet mop it is definitely not as thorough since. It really only uses a little bit of water the tank volume here is about 27 mils. That’s all the water it uses and it is really best in my opinion for doing a light dusting not for an actual wet mop and clean. Since there is also really no scrubbing now important to note Dreame recommends you do not use what it calls non-designated cleaners when you’re mopping. But it doesn’t tell you what cleaners those are or aren’t helpfully though you can adjust the water flow to a moister or dryer mop by using the app the maximum area it’s going to mop on one tank of water. Here is about square feet which may seem pretty impressive but if you’re cleaning 2000 square feet with millimeters of water or milliliters of water.

I don’t know that that’s a lot to crow about the Dreame website makes the claim that this bot has quote effective antibacteria wet mopping that eliminates of bacteria. There’s also a note that the mopping pad is antibacterial itself but no info on what this means so this is where i’m getting a bit skeptical when you’re mopping only with water that’s not killing anythin. i’m not really sure why Dreame is making these claims and it’s not spelled out on the website or in the manual which is disappointing.

I did reach out to ask Dreame what the deal is with these claims versus what the bot can actually do. They said the antibacterial cleaning refers to when the mop is used with a special antibacterial cleaner that they supply which is not available in north america again disappointing since. It’s actively being marketed as an antibacterial mop.

Why I don’t recommend Dreame D9 robot vacuum and mop

You might be wondering how this bot handles mopping in homes with carpet great question and the answer is it doesn’t it’ll mop your carpets too supposedly unless you set specific mopping no-go zones. These zones are created inside the app and let you draw boxes around rugs or carpeted areas where it won’t send the bot when the mop is attached. I thought i had correctly delineated areas where the wet mop should not go but it turns out that wasn’t working so well i went in and double checked the no-go zones i had created and apparently they had just not saved perhaps that was the reason that more than once in my testing i found the mop not just on the carpet with a wet mopping pad but stuck and jammed under furniture too for a fine damp mess that’s actually a good jumping off point to the next test i found this robot both in vacuum and mopping mode got stuck every time. It went out every single time Dreame does tell you it’s necessary to pick up stray items like socks or cords before you send the bot out. It also notes though that you should set up quote physical barriers to keep the bot from falling down stairs or getting wedged under the sofa. I have several problems here from my personal experience. Firstly, a robot vacuum that can’t see steps or cliffs or stairs is not worth getting cliff sensors are a very basic feature of a robot vacuum or a mop for that matter and have been for years that this one maybe can’t navigate basic home features like stairs is really surprising now by the way i did not have stairs in my home to test it on during my review period. This is just based on Dreame’s own warning now when it comes to getting stuck. The Dreame D9 got stuck constantly more than once the bot wedged itself under the couch and it did a mighty good job of this too. The bot doesn’t just get stuck and then free itself like others do it jams itself so fully into a small space that it is actually physically difficult to remove it. The robot would get stuck on floor mats it got hung up on a transition between the tile and the hardwood though sometimes it did and sometimes it didn’t and this was after i tried to delineate no-go zones i also noticed it wasn’t the best at going directly back to its base all the time. It seemed to me that it was becoming disoriented it would be mid-job and i would send it home and it was often a long slog all over the housebefore. it would actually find its way from time to time it would just stop and i would actually need to carry it back to its base more often than not i’d come home and find the bot just stalled out somewhere in the house. When it comes to the actual vacuuming and suction the Dreame D9 does a fine job the dustbin gets full so it’s definitely doing something i did often get push notifications too that the filter was wet or clogged something i’ve never had happen with other bots. Even so there were no dust bin full alerts so you do need to remember to empty it every time you vacuum since the bin isn’t huge the Dreame D9 will work with alexa so Dreame says the manual doesn’t tell you how to do it. But i was able to figure it out by doing some surfing around online. I did get my bot connected to alexa right away by using the skills interface and Dreame says that for now alexa smart speakers can really only start and stop the Dreame D9 robot. But i couldn’t even get that to work i don’t want to be overly negative but there are more than a few concerns with this bot and i’m not going to be recommending it.

Let’s go over why the company boasts about the laser mapping but really all that let me do is see where the bot has been not telling where to go. I wasn’t able to delineate rooms for room specific cleaning the mopping no-go areas required numerous attempts to get them to save. Alexa functionality didn’t work for me the bot got lost, it got stuck every time it mopped the carpets, it may fall down the stairs, it claims to kill bacteria when mopping by using the magical powers of water. On the good side I guess when it was running it did suck dirt off the floor and into the dustbin.

This robot vacuum and mop combo sells for about $350 us dollars and overall after my hands-on experience this truly feels like a robot vac that was launched well before it’s fully ready. 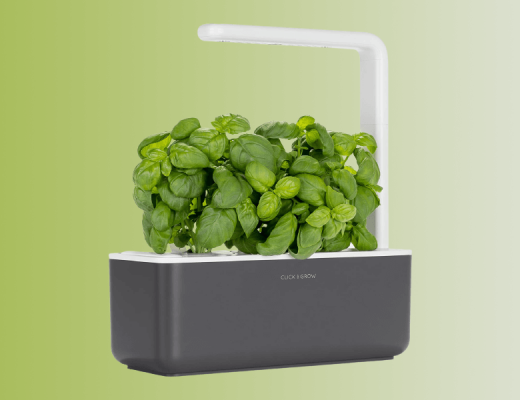 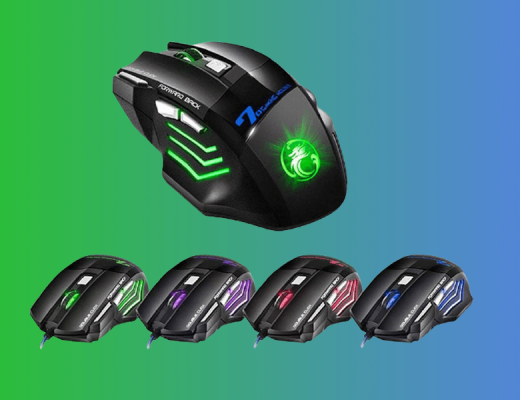 Thank you for coming to us. We bring happiness by helping people buy the right item. First of all, thank you for trusting us. As a product reviewer, we always prioritize objectivity, quality, and price. Hope to help you choose the right product.